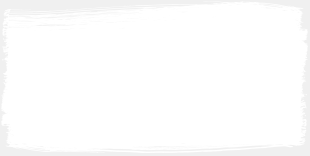 Coming soon... Footballers’ Wives – a musical comedy noir, with book by Maureen Chadwick, co-creator of the original TV series, and music & lyrics by Kath Gotts.
It's 2002.  Premier League Football is the new Rock 'n' Roll, and Earl's Park FC wives are living it to the max.  They've got the designer gear, the palatial homes, the flash cars and the handsome superstar husbands - and the press pack on their kitten heels at every turn.
Footballers’ Wives – The Musical is based around the first TV series and follows the fall and rise of Tanya Turner – Captain’s wife and old school femme fatale – as she struggles to save her marriage and the career of her cheating husband before realising it’s time to move the goal posts and play a new game of her own.
This show contains scenes of an adult nature and absolutely no football, along with disastrous hen and stag nights, a fairy tale wedding, deception, betrayal, Catholic guilt, and murder – plus a surprisingly happy ending.
Here's Alice Fearn recording "Don't Lose It" - released on Spotify 28th January 2022.

A first extract from Footballers' Wives was presented at BEAM2018 - a two day industry showcase for new British musicals, hosted by Theatre Royal, Stratford East on 1st-2nd March 2018.
A week-long workshop of the whole show took place in November 2019 featuring a "premier league" cast and culminating in a presentation at the Old Diorama Arts Centre in front of an invited audience. Click here for more info.